On 21-22 September 2020, the Centre for Research in Communication and Culture at Loughborough University (United Kingdom) will host the sixth conference of the International Journal of Press/Politics, focused on academic research on the relation between media and political processes around the world. Professor Young Mie Kim from the University of Wisconsin will deliver a keynote lecture.

This call for papers replaces the previous one, which closed on 13 March 2020, as the conference has been postponed from the original dates of 29-30 June 2020. Colleagues who have submitted a proposal in the previous call for papers do not need to submit their proposal again if they are interested in attending the conference on 21-22 September 2020. We will contact all these colleagues shortly before the 12 June deadline to ask them to confirm whether they still want their proposals to be considered for the new conference dates.

The conference brings together scholars conducting internationally-oriented or comparative research on the intersection between news media and politics around the world. It aims to provide a forum for academics from a wide range of disciplines, countries, and methodological approaches to advance research in this area.

Examples of relevant topics include the political implications of current changes in media systems, including the increasing role of digital platforms; the importance of digital media for engaging with news and politics; analysis of the factors affecting the quality of political information and public discourse; studies of the role of entertainment and popular culture in how people engage with current affairs; studies of relations between political actors and journalists; analyses of the role of visuals and emotion in the production and processing of public information; and research on political communication during and beyond elections by government, political parties, interest groups, and social movements. The journal and the conference have a particular interest in studies that adopt comparative approaches, represent substantial theoretical or methodological advances, or focus on parts of the world that are under-researched in the international English language academic literature.

Titles and abstracts for papers (maximum 300 words) are invited by 12 June 2020. The abstract should clearly describe the key question, the theoretical and methodological approach, the evidence the argument is based on, as well as its wider implications and the extent to which they are of international relevance.

Please send submissions via the online form available at https://bit.ly/IJPPSept2020.

The registration fee for the conference will be GBP 250, to be paid by 10 August 2020. A limited amount of registration fee waivers will be available for early-career scholars and scholars from countries that appear in Tiers B and C of the classification adopted by the International Communication Association. Applications must be made by 12 June 2020 via the abstract online submission form available at http://bit.ly/IJPP2020.

The conference is organized by Cristian Vaccari (Loughborough University, Editor-in-Chief of IJPP). Please contact Professor Vaccari with questions at c.vaccari@lboro.ac.uk.

More about the journal, the keynote speaker, the University, and the Centre:

The International Journal of Press/Politics 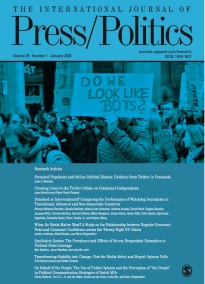 The International Journal of Press/Politics is an interdisciplinary journal for the analysis and discussion of the role of the media and politics in a globalized world. The journal publishes theoretical and empirical research which analyzes the linkages between the news media and political processes and actors around the world, emphasizes international and comparative work, and links research in the fields of political communication and journalism studies, and the disciplines of political science and media and communication. The journal is published by Sage Publications and is ranked 11th by Scopus (SJR) and 12th by Journal Citation Reports in Communication.

Young Mie Kim is a Professor of the School of Journalism and Mass Communication and a Faculty Affiliate of the Department of Political Science. Kim is a 2019 Andrew Carnegie Fellow. Kim’s research concerns data-driven, algorithm-based, digitally mediated political communication. Kim’s recent research project, Project DATA (Digital Ad Tracking & Analysis), empirically investigates the sponsors, content, and targets of digital political campaigns across multiple platforms with a user-based, real-time, ad tracking tool that reverse engineers the algorithms of political campaigns. Kim and her team’s research, “The Stealth Media? Groups and Targets behind Divisive Issue Campaigns on Facebook,” identified “suspicious groups,” including Russian groups on Facebook. The work received the Kaid-Sanders Best Article of the Year in Political Communication (2018), awarded by the International Communication Association. Kim testified at the Federal Election Commission‘s hearings on the rulemaking of internet communication disclaimers and presented her research at the Congressional briefings on foreign interference in elections. Kim also spoke at the European Parliament on her research on data-driven political advertising and inequality in political involvement. 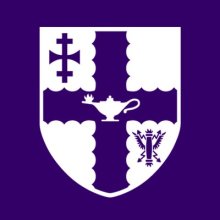 Based on a 440-acre, single-site campus at the heart of the UK, Loughborough University is ranked top 10 in every British university league table. Voted University of the Year (The Times and Sunday Times Good University Guide 2019) and awarded Gold in the National Teaching Excellence Framework (TEF), Loughborough provides a unique student experience that is ranked first in the UK by the Times Higher Education Student Experience Survey 2018. Loughborough University has excellent transport links to the rest of the UK. It is a short distance away from Loughborough Train station, a 15-minute drive from East Midlands Airport (near Nottingham), an hour drive from Birmingham Airport, and an hour and 15 minutes from London via train.

The Centre for Research in Communication and Culture

Since our establishment in 1991, we have developed into the largest research centre of our kind in the UK, and the 2019 QS World University Ranking placed us in the top 50 for communications and media research. We are a proudly interdisciplinary centre, creatively combining social science and humanities approaches for the rigorous exploration of the production and consumption of different forms of communication and creative texts. Our research draws on and contributes to theories and methods in cultural and media studies, sociology, politics, psychology, history and memory studies, textual, visual and computational analysis, and geography. We are interested in exploring how media and cultural texts are produced, how they construct meanings, how they shape the societies we live in, and how they fit within an ever-growing creative economy.

One Reply to “Updated Call for papers for the sixth conference of the International Journal of Press/Politics (Loughborough University, 21-22 September 2020)”